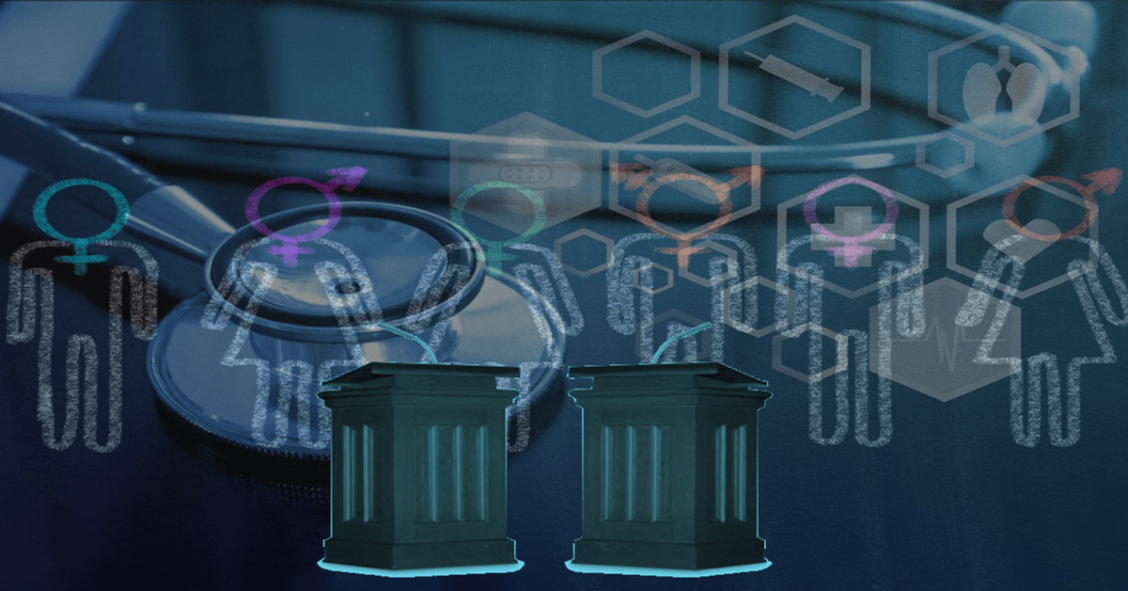 As I lay on the emergency room table with my 8-year-old arm outstretched, the nurse asked me if I wanted a needle to numb the pain. The doctor was about to stitch my hand that had been sliced open after some sibling roughhousing near the public water fountain landed me on broken glass. I declined, not because I was afraid, but because I didn’t think I needed it. As I took the stitches, I remember them telling my parents they were going to give me a tetanus shot, and I was ok with that too. Early childhood health challenges perhaps made me more comfortable with needles than most children. I don’t remember getting the chicken pox vaccine, but it probably didn’t bother me either. Unfortunately, I still caught chicken pox and bad enough that I have scars today. I have often wondered if my parents faced the same dilemma of choices with vaccines back then, as some seem to clamour about with today’s COVID19 vaccine.

So, I called my parents and asked them. “Why and how did you decide to give me all those shots back when I was a kid?” My mom looked at me puzzled over our FaceTime session and said, “the doctor told us it was a good idea.”

“Did you ask anyone else?”, I inquired.

“Who else would we ask? We go see the doctor to make sure you were healthy. He tells us what he knows. He went to school for that stuff. He knows what to tell us. We listened. All my kids are ok,” she gets a bit defensive as she continues answering wondering why I am asking this decades later. As I set out to explain she waves her hand from the back of her ear to the front of her face, towards me on the camera. She lets out a gasp and says, “everyone wants to be a doctor today.”

Then she says, “I knew this guy back in Italy who was a painter. He went around telling everyone he was a doctor and well, in a way he was. He was a doctor of painting and that’s what his business cards said. If I wanted to know about painting, I would go see him. One day he tries to give me advice about medicine. If I wasn’t feeling good, I’d go see a doctor who knew something about medicine. Everyone is a doctor of something.” She changes the subject as she gets annoyed with the overall indifference people have today towards each other and real doctors.

As I digest the conversation and think about some of the recent announcements in Ontario with respect to the pandemic, I realize that my mother was talking about more than doctors and medicine. She was talking about trusting information based on knowledge, experience, and credentials. She was also talking about caring enough about the person next to you, regardless how well you know them. My parents respected the position of the doctor who practiced medicine, because that was the doctor’s expertise. If the medicine doctor wanted to give them advice on politics, they didn’t listen. The same if a politician wanted to give them advice on medicine, they didn’t listen.

Ontario has arguably seen a poor blending of politics and medicine throughout the pandemic. Announcements often saw Premier Ford flanked by the Chief Medical Officer of Health (CMOH), Dr. Moore, before him Dr. Williams. When Dr. Moore announced that the mask mandate would be lifted for schools, but then went on to say that he would continue to wear one, it cemented my earlier suspicion, and perhaps my parents too, that there has been a misrepresentation between political and medical advice all along. None of us wanting to believe that, but it’s hard not to with the often-confusing messaging. At almost 90 years old, my parents don’t have much of a filter anymore. They’re not out to impress anyone. “That one there just says what the other one wants him to say,” is their observation when they see Dr. Moore talk as Premier Ford flanks him during the now infamous “announcement” scrums. It is during these events that the term “poli-medical” comes to mind.

“Poli-medical” advice is that which has its genetic make-up from politics and medicine, with politics taking precedence, which may be the new norm for Ontario. It eerily reminds me of the term “Alternate Facts”, which for some became an acceptable reality of misinformation and disinformation (see my article, Is Your Opinion Supporting Misinformation or Disinformation?). Poli-medical advice can also contribute to divisive behaviour as it pits people at odds with one another because the information can be so obscure, void of evidence, miscommunicated, or so misrepresented that anyone can interpret it to their liking and purpose. It’s bendable information that sheds accountability. The “do what I say, not what I do” approach is at a minimum questionably irresponsible, especially from a Chief Medical Officer of Health.

My parents aren’t politicians or doctors, but I must go with their experience that doctors should provide doctor advice and right now, Ontarians are only getting fists-full of poli-medical advice that is fueling indifference and divisiveness instead of bringing people together.

This is an opinion article by Guido Piraino of  The Monthly Social Podcast. It may also be heard on The Path Radio Mix Online. You can read other opinion articles on the blog page.